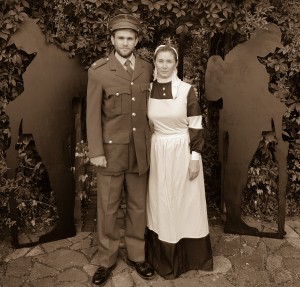 August 1914: Alice and Harry Flowers are expecting their first baby. Alice asks Harry the same question every day but he never answers; soon he must do so and make a promise….one that might prove difficult to keep.
Hope Flowers tells their story against the background of some of the key events that defined World War One. Featuring ten famous and powerful war poems and a wide variety of music and song; classical, music hall and popular.
Join us on the 10th November at Plume Academy and help remember the men, women and teenagers, who sacrificed so much, one hundred years ago.